I’m pretty blessed to have a job that gives me a legit Adult Christmas Break – I’ve been relaxing and pouring all of this extra time into my blog and planning for the year ahead. Every year, the last two weeks of December are always a blur of shoveling food into my mouth, rarely leaving the house and reflecting on all that has happened in the past 12 months.

2019 was kind of a whirlwind for me. A lot of really fun, special moments were enjoyed and scattered around a lot slower, lonelier times and personal growth. January 2019 began with a surprise birthday party put on by my sweet boyfriend, Ben, and that in itself was a warm fuzzy moment that I will always cherish. Having so many of my people (new and old) in one place on my birthday was honestly the best gift I could’ve received. ❤

Everyone is Moving On

In February, one of my friends moved to Atlanta to be closer to her fiancé (now husband!) and in March, another left for Jamaica to pursue her dream of joining the Peace Corps. Then in May, another of my best friends moved to Florida to start her first big-girl job. Another one bites the dust. Since moving back to my hometown after being away at college, it’s been really hard to make new friends, and this year that reality became even more glaring when my long-time friends moved away. Adult life can be hard to adjust to. On the flip side of that, I always strive to be the biggest cheerleaders for my friends and with them all moving on to pursue adventure, service, love, careers… it’s been really awesome to see ❤

In April, I channeled all my creative energy into revamping my blog (yay!). I decided to create an instagram account specifically for my blog, and that has been so fun to develop and play around with these past several months. I also developed a deeper interest in photography, and invested in this tripod which I have used SO MUCH this year. Through April and May, I tagged along with Ben during the process of buying his first home (woo!). He closed on his house in early May, and I began the never ending task of helping him decorate. If I’ve learned anything, it’s that guys are very simple creatures. They don’t understand things like decorative pillows and trinkets for the mantel. I have volunteered my money and time to help educate him and help make his house a home. We’re still working on it.

Car Trouble / Bumps in the Road

In July, I took my car to get a routine oil change and they told me it needed over $2k worth of work immediately or it would be considered dangerous to drive. I didn’t have $2k, and I had had that car since high school, thanks to my parents, and I wasn’t prepared financially to start making payments on a new car with all of my other bills. My lease at my apartment was also up in July, so I had to make the tough decision to end my lease and move back in with mom and dad. The next week, I signed on a used 2015 red Toyota and packed up everything I own.

I think it was the fact that I was struggling financially and had to move out of my apartment that made me start looking for a different job. I had also sort of fallen into recruiting, read that story here, and I had just hit the year mark at that job and part of me wondered if there was something better out there for me. Recruiting certainly wasn’t what I planned for my career to be after college, but then again sometimes the best things happen that way. ANYWAY, shortly after moving out and buying my car, I interviewed for a Business Development position with a company that manufactures fluid systems components. The job paid well, was very stable and offered great benefits, company culture, a president that sees and talks to everyone, a really awesome boss that I could be bffs with – I could go on. The gig was a really good thing, but when I got the call with an offer, I froze. I don’t know how else to describe the way I felt other than unsure. I didn’t quite feel ready to leave recruiting, or the company I was at. My coworkers. My job. But I went against that feeling, and accepted the offer (a $10k+ pay raise).

I very quickly realized that the job and the industry simply were not for me. Within weeks, I realized I missed my old job, my old coworkers, etc. It did not take long for me to understand that I had made a mistake. I think the stability and pay raise are what sealed the deal for me to accept the job, but it’s funny because I ended up missing the competitiveness and the excitement of my position in recruiting. Three months into the new job, I called my former boss in recruiting. I was SO thankful when she said I could come back to work for her. Everyone at the new job was extremely understanding and gracious to me, and I still get happy hour margs with my boss and coworkers there. Overall, I consider the experience a win. I learned a lot about myself and what I want out of a workplace and a career. And what better time to learn those things than in your 20’s!

Despite all the personal and financial changes, Ben and I got to travel a good bit together in 2019! We went to Nashville in May, New Orleans in June, took a trip to the beach with his family in July, a weekend trip to Memphis to visit his friends from college, several trips to northern AL for weddings and weekend visits with my friends, a trip to Atlanta and countless weekends at the lake. 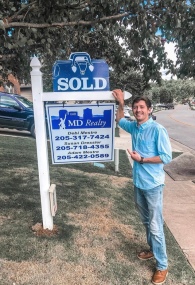 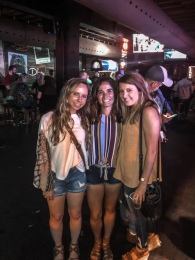 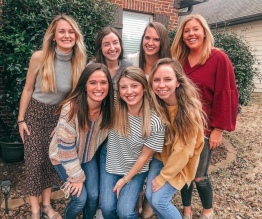 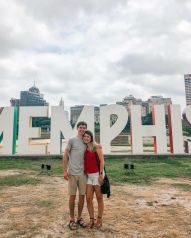 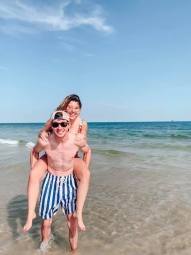 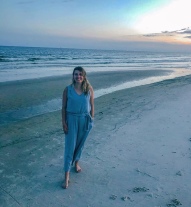 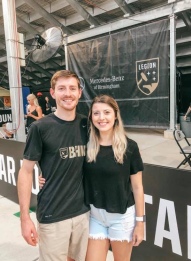 All in all – 2019 has been an extension of 2018 in learning to navigate adult life, and has brought on a lot of personal discovery for me in regards to my career. It’s been a year of cheering from the sidelines, celebrating lifelong commitments to love, struggling and then thriving again, and lots of adjusting and readjusting. I’m also very thankful for the year i’ve been given with Ben, and I can’t imagine going through any of this without him! I am thankful for all that 2019 has thrown at me and I CANT WAIT to get 2020 started!